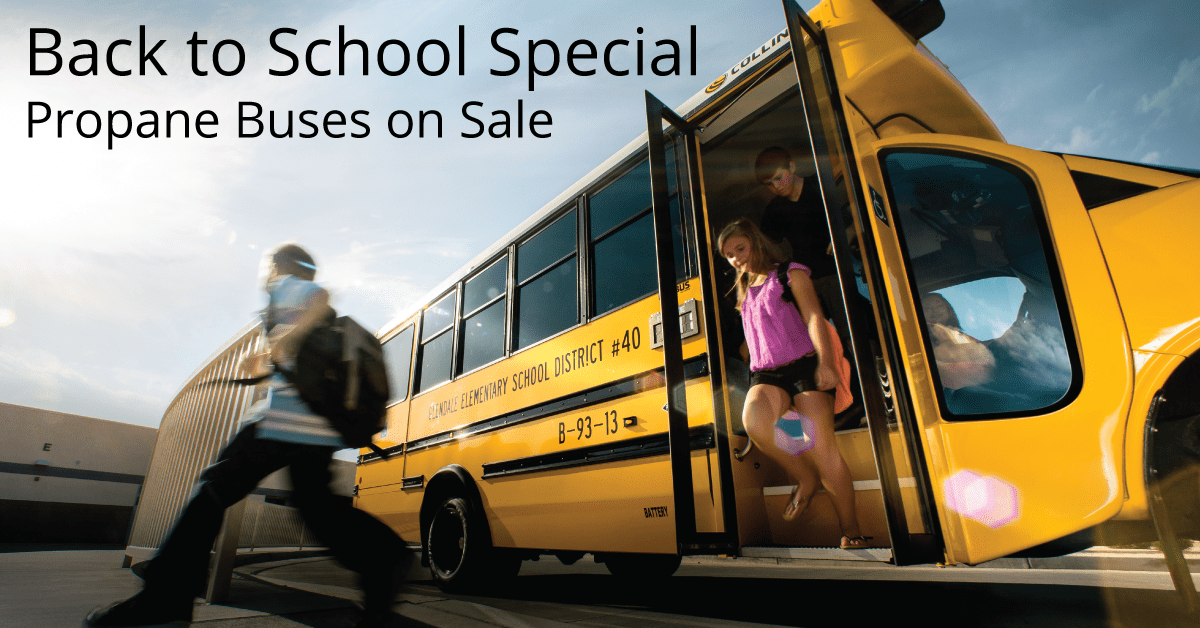 Over 10,000 Michigan vehicles run on propane – 400 being school buses – and the number is growing. Propane fuel, known as Autogas, offers students a safe, clean ride while providing major savings to school districts.

Propane bus engines are quieter compared to diesel bus engines, allowing for a safer ride for both drivers and students. A quieter bus creates a less chaotic environment for the driver, and kids like it too.

Propane is recognized by the EPA as a clean fuel producing nearly zero emissions. Kids are not exposed to dangerous exhaust. It helps reduce asthma or other breathing related issues caused by diesel bus fumes.

School districts save on fuel costs. Propane fuel is on average $1-$2 less expensive than diesel. Districts can lock in a yearly propane fuel price and not succumb to the ever-changing price of diesel fuel.

Since propane engines run with minimal emissions, it extends the life of the engine saving on maintenance costs. Plus in the winter, the engines start immediately saving time for the drivers and the ability to run efficient school bus schedules.

School districts have turned to the Michigan Propane Gas Association and VW Settlement funds to make their fleet conversion easy and efficient. The MPGA offers $4,000 rebate and the VW settlement is offering millions of dollars.
Go to: MIAutogas.com

Propane Is Powering A Cleaner World

Michigan Governments Save Big With Propane